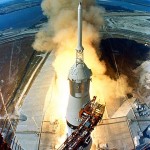 At my lecture last night, I asked the question: “How does today being the 40th anniversary of landing a man on the moon, relate to this gathering here about anatomy and physiology with a focus on the brain?” My lecture was titled, “Anatomy and Physiology, A Holistic Approach.” I intended to be as broad as possible. Holistic thinking is very broad. It looks for connections and relationships between things as close together as a left arm and a left leg, and as distant as an event 40 years ago and today.

One of the great anatomical aspects of the human brain is the huge cerebral cortex – shown as the colored parts in the picture below. This cortex of ours has developed faster than other parts of the brain over the last few million years. The cerebrum is the blob that sits upon the rest of the brain, the cortex is the outer layer of the cerebrum. Although we share many aspects of our brain structure and function with other animals, the human cerebral cortex uniquely makes up a larger proportion of the brain. 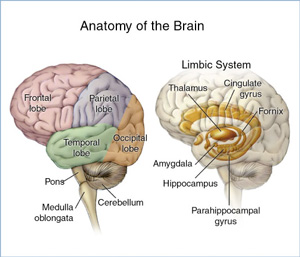 So, what is the big deal?

The cerebral cortex gives us an ability to choose our actions, to slow down or even oppose our instinctual urges. Instead of slamming our car into the one that just cut us off, we choose to take a deep breath, make a little extra room in the lane, and simply give them the finger – a civilized response in the face of an enormous impulse to attack.

Cerebral cortex’s offer us the ability to think beyond our present circumstances, to imagine a different future. We make pictures of how things could be, we engineer a bridge or a plane, we plan a five course meal, we create the internet. Using our cortex, we understand how we could talk things out to create a better future for all involved rather than just hitting harder or running away from conflict.

In extremely challenging circumstances, we feel our emotions and instinctual responses tugging at us incessantly. They urge us run, to fight, to scream, or to break things. Our cerebral cortex allows us to choose to take a moment to “gather our thoughts.” We can look beyond the present moment, to consider options and consequences in order to figure out a more meaningful resolution. 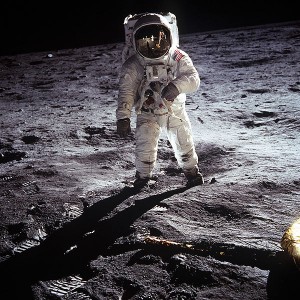 Perhaps it is the advent of this wonderful cerebral cortex that allows an individual to go beyond the limitations of societal belief, and take a chance on a dream. Imagine being surrounded by a group of people telling you that there is no way to put a man on the moon. They said, “You must be out of your mind!” Rather than caving into instinctual urges to lash out, or to staying in line with the group in order to benefit from “strength in numbers,” you decide (cerebral cortex) to persevere. You find a way to use the newest piece of evolutionary equipment, the cerebral cortex, to manifest your idea into reality. Success eventually comes when Apollo 11 lands on the moon.

Forty years later, that threshold of disbelief is surpassed, and the masses hardly take notice when another space shuttle lifts off. That reality has become a common belief, and now everyone has a new sense of what is possible.

The cerebral cortex can be used to direct our intentions beyond what is deemed a limitation. It takes work to achieve this. Just ask one of those monks living in a cave somewhere in the Himalayas, the scientist who perseveres and gets that man to the moon, the cancer patient who survives against all odds to be called a miracle, kids in a garage making computers, or a man with a dream for equal rights.

The gift of a cerebral cortex is the opportunity to form new beliefs, and to act on your dreams. Each person has their very own cerebral cortex. What will you do with yours? 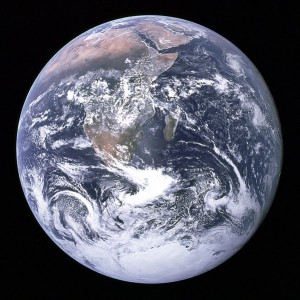 The Earth as seen from Apollo 17