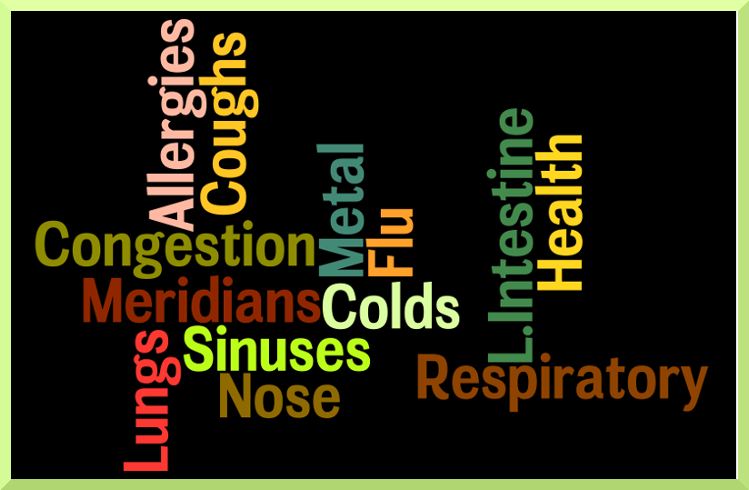 The Lung and Large Intestine Meridians

For any given pairing, the Yang meridian is more often used to clear things out of the associated system, whereas the Yin meridian is used to support the strength of the associated Yin organ. The respiratory system is clearly connected to the lungs. From the Classical Chinese Medical perspective, the Lung Organ System includes the lungs, the nose, sinuses and all of the breathing passages.

Due to the Yin – Yang pairing of the Lung and Large Intestine meridian, we can understand why Large Intestine points are frequently used to alleviate symptoms related to the respiratory system such as coughs and congestion.

To continue learning, check out the “Acupoints for Cold and Flu Prevention” video on demand.